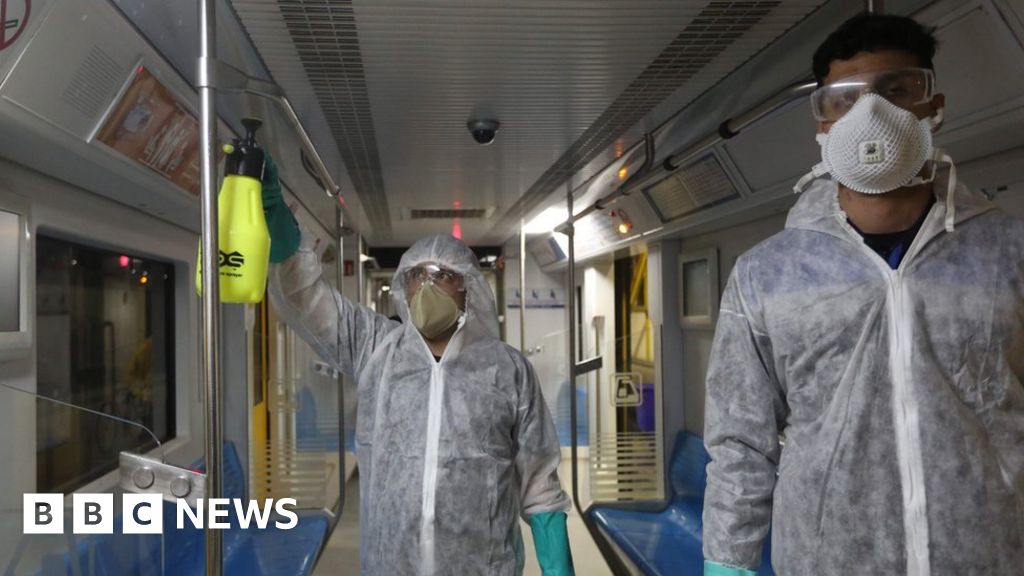 Iran has been scrambling to control the outbreak of the coronavirus this week, but the spread of online misinformation is presenting a new challenge to the authorities.

False or misleading medical advice, fake letters or remarks attributed to senior officials, and a number of conspiracy theories about the origin of the virus have appeared on Iranian social media and messaging apps in recent days.

Officials have so far reported 388 confirmed Covid-19 cases and 34 related deaths in the country, more fatalities than anywhere else outside China.

But sources in the country’s health system have told BBC Persian that the death toll currently stands at 210.

According to Cyber Police Chief Vahid Majid, 24 individuals have so far been arrested for spreading rumours about the virus, with 118 receiving a warning.

A fake letter attributed to Health Minister Saeed Namaki claimed he had tendered his resignation to President Hassan Rouhani due to the ministry’s “inability to manage” the outbreak.

Mr Namaki said in a statement that the letter was “false”.

An examination of the letter using an image verification tool also shows basic manipulation techniques were used to create it.

An audio clip attributed to deputy health minister and head of Iran’s taskforce on Covid-19, Iraj Harirchi, was shared on the Telegram messaging app.

Mr Harirchi had previously declared that “quarantines belong to the Stone Age”, before admitting that he had tested positive for the disease.

In the audio clip, a man who sounds like Mr Harirchi claims there are more than 10,000 confirmed cases and 1,400 deaths in the country.

But the clip is actually a voice impression, and is different from Mr Harirchi’s local accent.

A ministry official tweeted to say the clip was “totally fabricated”.

Masoumeh Ebtekar, vice-president for women and family affairs, is another high-ranking official who tested positive for the virus.

An image of Ms Ebtekar in a hospital bed was shared on Twitter, with criticism that none of the visitors wore masks or kept their distance from her.

But a reverse search shows the photo was taken in 2014, after Ms Ebtekar sustained injuries in a car accident.

From the outset of the coronavirus outbreak in Iran, false advice on prevention and treatment has been shared on digital platforms.

The Isna agency spoke with a “Persian medicine expert” at the health ministry who suggested “gargling vinegar and rosewater or vinegar and salt” would protect against the Covid-19.

The Khabar Online news website tweeted that drinks containing mint or white willow, and spices like saffron, turmeric, and cinnamon would strengthen the lungs and the immune system against the virus.

And actress Behnoush Bakhtiari faced criticism for an Instagram video in which she suggested to her 8.1 million followers that a product “made from herbs based on traditional medicine” would help with the prevention of a number of viral diseases.

Following a wave of criticism, she said she had not claimed the product would cure the virus.

None of these suggestions can be seen in the World Health Organization’s official advice for the public on protective measures against the virus.

Conspiracy theories have also found their way onto social media.

Ali Akbar Raefipour, a public speaker and conspiracy theorist with a huge following among young hardliners, claimed that the virus was part of a “hybrid warfare” programme waged by the US on China and Iran.

He had also suggested the virus might be an example of “biological warfare”.

Baseless suggestions that the Covid-19 might be a “bioweapon” or “planned” had previously appeared on the internet.

The virus is believed to have emerged from illegally traded wildlife at a seafood market in the Chinese city of Wuhan.