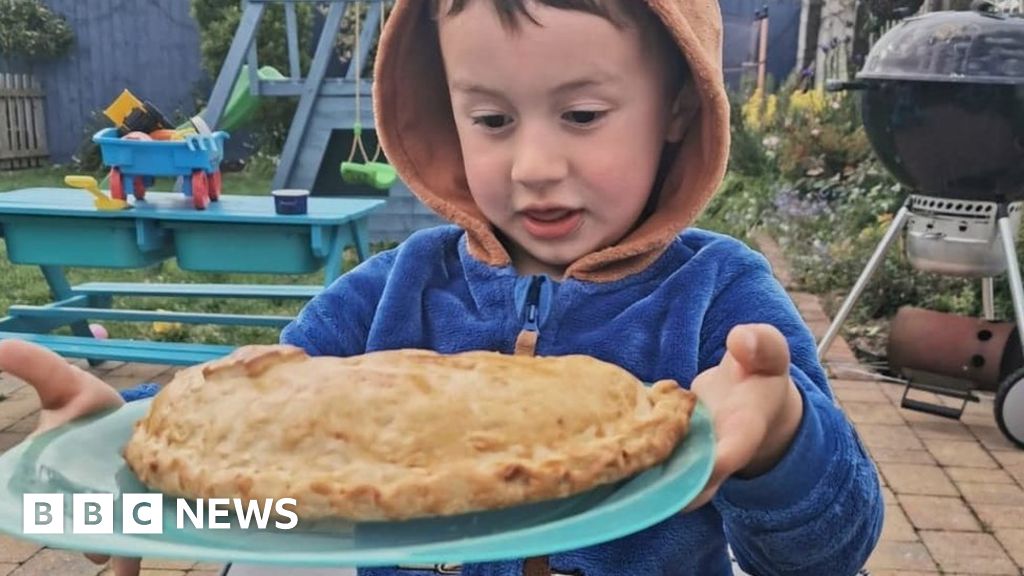 Hundreds of people have connected with their Cornish heritage by making a pasty for the first time during the coronavirus pandemic lockdown.

An army of keen bakers have made the traditional pastry dish and other local favourites, inspired by “International Stay at Home and Make a Pasty Day”.

The ritual which has been held twice, was created by Cornish comedian Edward Rowe, known as Kernow King.

The campaign has added Hevva cake and saffron buns to its repertoire in May.

People living in Wales, Dublin, Ohio and California in the United States and New Zealand have taken part as well as residents of Cornwall.

It all began on a Saturday in late April, when Kernow King, star of Bafta-winning film Bait, challenged people to make pasties at home and eat them for tea in unison at 17:00 BST.

More than 1,000 households watched his self-confessed amateur cooking live on social media with about as many messaging him to say they were trying it for the first time, he said.

“Most people in Cornwall have a mum who makes an amazing pasty every so often – so we either just have theirs or go and buy one – but in lockdown a lot of people needed to make them,” he said.

“Us Cornish always love coming together to celebrate our Cornish heritage – and there are so many traditional events that have been cancelled, whether it be Helston Flora Day, Obby Oss, Port Eliot – but we’ll always find a way to connect and come together,” he said.

The event was repeated in early May, then followed by International Stay at Home and Make Hevva Cake Day, with saffron buns being the theme planned for next Saturday.

Shell Hambly, 48, from St Austell said it had given her the perfect opportunity to try the overdue rite-of-passage.

“I’ve always been very patriotic but definitely feel the lockdown has made people reconnect more – and with their local people around them too,” she said.

Julie Potter from North Carolina in the US taught her son who is 10 to make pasties with Kernow King.

She said: “I try to perfect the pasty recipe as I learned it over 20 years ago, as an American tourist coming home to her roots. The pasty connects me to the miners and fishermen that I come from,” she said.

Andy Watkins from north Cornwall posted: “Whilst you probably already know how proud I am of my Cornish heritage, inspired by Kernow King, today I made my first ever pasty and he was ‘ansum.”

Others said the events had given them a positive focus and a “lovely lovely day” during “these strange times”.