Coronavirus: How do we record history in the internet age? 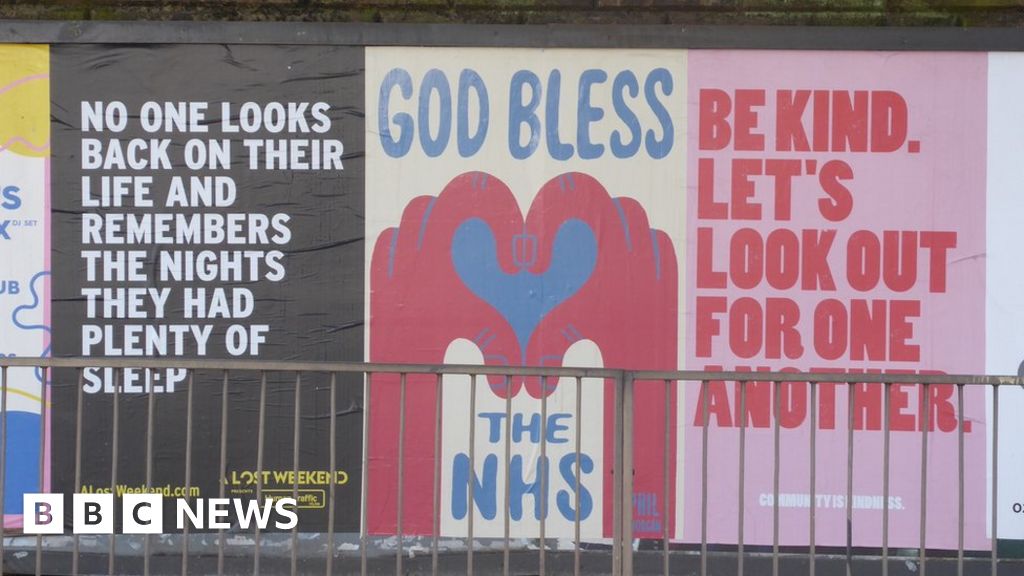 How will the coronavirus pandemic be remembered? Neil Prior takes a look at the projects documenting history-in-the-making in the age of the internet.

When future historians study the global coronavirus pandemic and how Wales responded, the material available to them will differ from previous major events.

Because of the impermanent nature of internet communications, it is vital we consciously collect our history, believes Rosemary Davies, who teaches the subject at Ysgol Dyffryn Taf school in Whitland, Carmarthenshire.

“What would have been the pencilled notes and written diaries of a century or two ago are now WhatsApp messages and texts which can disappear in a moment,” she said.

“I can take my pupils to the Imperial War Museum and show them letters written from the Western Front, letters which the author would never have expected to have survived this long.

“Whilst it seems strange, we have to start making a conscious effort to gather these electronic communications, even in the midst of all this madness, so future generations have access to the sorts of contemporaneous primary sources we’ve been able to utilise in studying other historic events.”

Already, at least six projects are underway across Wales to record and archive people’s coronavirus experiences, including efforts by Swansea University, the National Museum Wales and the National Library of Wales.

National Museum Wales is aiming to create a network of community collectors who will gather oral histories, images and objects relating to the pandemic, such as a saucepan used to “clap for carers”, or an early attempt by someone learning a new skill like knitting.

The National Library of Wales is asking the public to share their experiences of how their daily lives have changed through letters, diaries, videos, voice recordings or photographs.

Chief executive and librarian Pedr ap Llwyd said officials were busy collecting a variety of items – from newspapers to official publications and archiving web content – but that this alone could not tell the full story.

“Since its inception over a century ago, the library has collected and preserved records of events in our history as Welsh people, and making it available to current and future generations,” he said.

“During this period we will archive an official record of the Covid-19 crisis and its effect on Wales and on the people of Wales.

“However, this wouldn’t provide a full picture of the times. Therefore we are also eager to collect personal experiences, and record the effect of the current situation on the everyday life of the nation.”

The Swansea University’s CoronaDiaries project, led by senior lecturer in social science Dr Michael Ward, was launched in mid-March and has since attracted more than 160 contributors from 12 different countries, ranging in age from 10 to 89 years old.

“It’s a social science experiment of how we’re feeling right now, to be accessed and utilised immediately,” he said.

“If it turns out to be useful in the future then all the better, but I believe there are potential dangers in knowingly setting out to log history.”

Dr Ward’s primary concern is that contributors may respond differently if they are aware that their accounts are forming social history.

He added: “Not all by any means, but many of the letters and diaries we think of as primary sources were candid accounts of how the writer was feeling in that moment, completely oblivious to the fact that they’d be read centuries in the future.

“If you went back in time and told them that what they were writing would shape our understanding of history, then they’d have probably created a very different document indeed.”

Dr Ward also cautioned against drawing too many comparisons with life during World War Two.

“People start to look for parallels. In truth these are quite different times,” he said.

“World War Two was a frenzy of activity – a fight for life with very little time to think – whereas the accounts I’m receiving are of a much more contemplative experience.”

Dr Ward urged anyone who wants to share their experiences to do so with a trusted source, such as a university or the national museum and library.

“As with everything in life, think about the personal data you’re sharing, who you’re sharing it with, and what it could be used for,” he said.

As for life after lockdown, Mrs Davies believes society will need some sort of focal point to remember what has happened.

“In the same way that we have Remembrance Sunday or Holocaust Remembrance day, I think once this is all over there should be a national day to commemorate the people who have died, the efforts of the key workers, and the troubled times we’ve all lived through.”