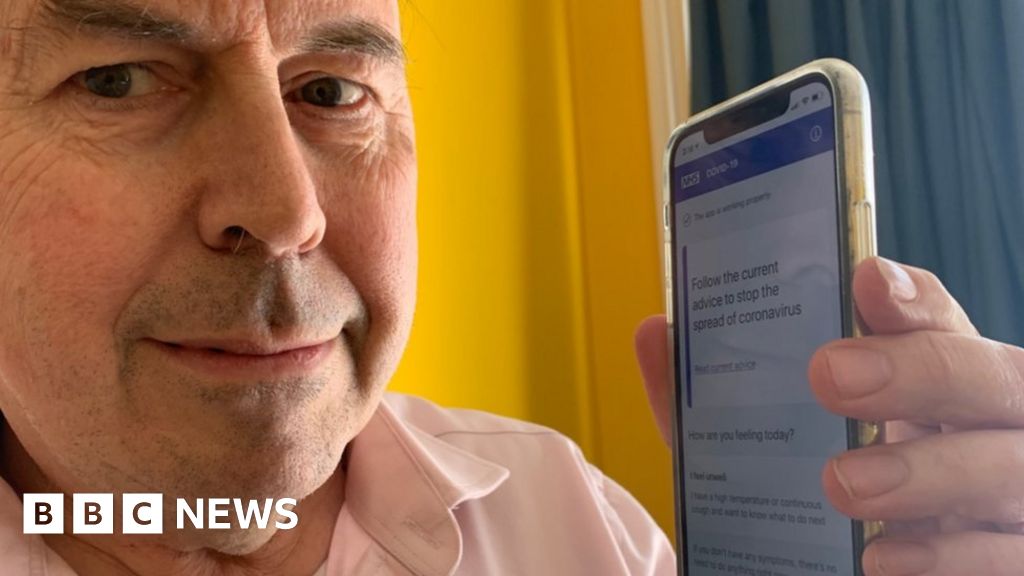 For an app with so much riding on it, NHS Covid-19 is at first sight very simple and extraordinarily unexciting.

At this stage it is only available to NHS and council workers on the Isle of Wight.

On Thursday, other residents of the island will get a leaflet containing a link that will trigger a download.

And eventually anyone will be able to download it directly from the UK versions of Apple’s App Store and the Google Play Store.

First you have to allow the app to use Bluetooth Low Energy to determine when it is near another phone using the app, keeping Bluetooth on at all times. Next you approve push notifications, so that the app can alert you if you have been near someone with symptoms of the virus.

Finally, you end up on a very simple home screen. It offers the current advice on stopping the spread of the virus and asks a question: “How are you feeling today?”

There is a menu option: “I feel unwell – I have a high temperature or continuous cough and want to know what to do next.”

At the moment, if you are not on the Isle of Wight, you can submit this information but nothing more happens.

But if you are on the island, you are told to self-isolate and to call an 0800 number to have a swab test delivered to your home.

It also triggers alerts to those people with the app whose phones have been in contact with yours in recent days.

At first these will be fairly cautious messages about observing social distancing. But if a test comes back positive contacts will be told to self-isolate.

Most of the time, however, there will be hardly any reason to interact with the app at all.

Some technical experts have said the NHS app will not work properly on an iPhone unless it is kept open and running in the foreground.

The team behind it insist that is not the case – although that is impossible for me to verify.

What I can say is that it does not appear to be a power hog, with just 2% of my battery used by the app over the last few hours. By contrast, you won’t be surprised to hear that Twitter accounted for 25%.

Of course, as I am the only person for miles around with the app, I have not been having Bluetooth interactions with others, so I don’t know whether that would have made a difference.

But VMWare Pivotal Labs – the software firm contracted to build the product – told the BBC that it should not change things significantly, and battery usage should remain “very low”.

There has also been concern that the app might trigger too many false positives, or fall victim to mischievous people claiming they had symptoms when they had none.

But there could be the opposite problem.

I have been told that on average, users should only get a single alert once every six months to say they had likely been in contact with someone infected.

With the Isle of Wight having a relatively low rate of infection, the trial could end up producing very little data – and might leave users wondering what all the fuss was about.

One thing I have learned is that the decision on when to send alerts isn’t quite as simple as it’s sometimes been described.

Instead the app uses three metrics to work out a risk score:

Furthermore, the score is calculated by taking into account all the risky interactions an app user has had over a period of two weeks, rather than just on one occasion.

Another discovery is that the developers have taken into account the fact some users will sometimes be wearing personal protective equipment.

A section marked “important instructions for healthcare workers” tells says to turn off Bluetooth “when you put on your PPE”.

This is to prevent people who are obviously in close contact with infected people being told to stay home.