Coronavirus: Flexible working will be a new normal after virus 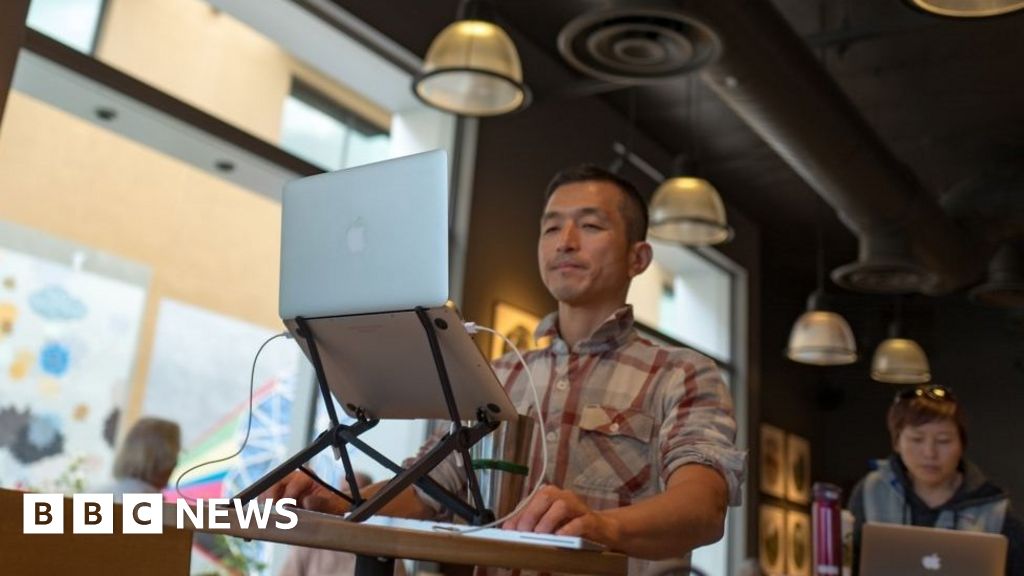 On Thursday, Facebook said it plans to shift towards a more remote workforce as a long-term trend.

As offices gradually re-open after coronavirus lockdown, more employers are looking at new ways of working.

Facebook founder and chief executive Mark Zuckerberg told staff it was “aggressively opening up remote hiring” in July. He expects half of its workforce to do their jobs outside Facebook’s offices over the next five to 10 years.

It follows moves by other tech firms in Silicon Valley, including Twitter, which said employees can work from home “forever” if they wish.

Flexible working policies suit staff who are anxious about returning to offices while giving breathing space to companies as they introduce new social distancing measures.

“I hear lots of people suggesting we should have a four-day work week. Ultimately that really sits between employers and employees. But as I’ve said there’s just so much we’ve learnt about Covid and that flexibility of people working from home, the productivity that can be driven out of that,” Ardern said in a Facebook live video.

Tech giant Microsoft trialled a four-day working week last year in Japan which was deemed successful in terms of employee feedback and productivity. It says it now has a “hybrid workplace strategy as worksites slowly start to open”.

“Working from home remains optional through October for most employees,” said a Microsoft spokesperson.

Both working from home and shorter working weeks have been applauded by human resources experts as an alternative to a mass return to offices.

“It would also give better work-life balance for the people who need it such as part-time students, new mothers, parents who want more time with kids [or] looking after the elderly,” said Alin Abraham, a Singapore-based consultant.

“If after Covid-19 employers learn how to employ flexible workers that would be a huge battle won for human resource management,” she added.

Mastercard said it is currently looking at consolidating some of its offices while Facebook has plans for working “hubs” across the US.

“Post Covid-19, you can imagine many companies shrinking down their real estate and employees can just work from home. It will be an interesting proposition to see how employers can cater to different crowds,” said Adrian Tan, of workplace IT firm PeopleStrong.

A growing list of business leaders are adding their weight to working from home and more flexible working arrangements, aided by technology and video-conferencing platforms such as Zoom and Google Meet.

“Covid has made employers move away from traditional thinking that productivity is contingent upon set hours within an office environment,” she added.

Changing the way they work

The big tech giants dominate when it comes to extending flexible work arrangements over a longer term: