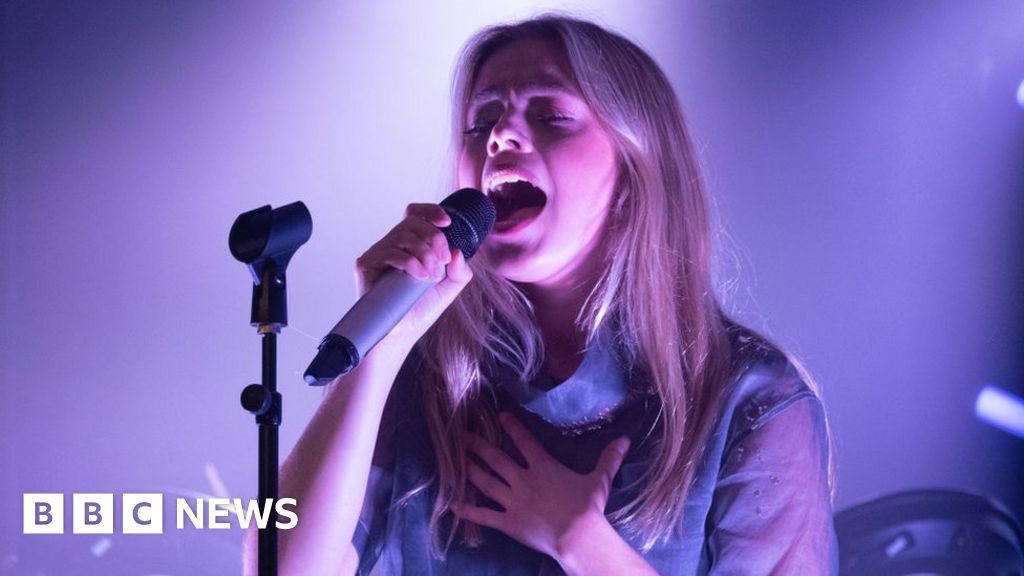 Last week, singer L Devine became one of the many musicians affected by the spread of coronavirus when her European tour with Fletcher was postponed.

“I saw the response… everyone’s been a bit nervous,” she tells Newsbeat from her home in Newcastle.

“So I thought: ‘How can I put a smile on people’s faces when we’re all a bit out of the loop and keep everyone safe?”

The answer? An “online tour” where “social media sites are different venues”.

The first in the string of shows was an acoustic session on Instagram. She performed live from her mum’s living room but she says she’ll be “changing it up” for the others.

“We’re going to have the full band in the studio for the next one, so it’s more like the shows you would go and see normally,” the singer, whose real name is Olivia, says.

“I also don’t think my mum would be happy about having the whole band in the living room every time.”

‘A scary time for the music industry’

Olivia is aware it’s more than just fans and artists losing out because gigs have been cancelled due to coronavirus. She wants the people who worked on her European tour to be involved in her social media gigs as well.

“The music industry is constantly changing, touring is a musician’s bread and butter at the minute. But it’s not just them, it’s the crew,” she says.

“All my crew will be there for some of the shows.

“My band, my lighting guy, my sound engineer – we didn’t get to do the tour, but we’re all going to be together doing these live streams.

“It’s a scary time for the music industry but I think also it’s a time for innovation.”

‘We don’t know how long this will last’

Despite a potentially limitless audience at her online shows, L Devine hopes “this isn’t a long term thing”.

“We’ll try and think about ways around not touring while we can and while we don’t know how long this is going to last.

“We just need to stay smart and safe.”

L Devine isn’t the only artist to offer fans an alternative to cancelled or postponed shows.

He encouraged over 200,000 viewers to send pictures of themselves during the set.

Hardcore band Code Orange also streamed a show from an empty room in their hometown of Pittsburgh in America after one of their shows was called off.

They wanted to show off a new production set-up they’re “extremely proud of” so gave fans a link to watch the gig on Twitch.

Radio 1’s Big Weekend is the first major British festival to be cancelled over coronavirus.

Two of America’s biggest festivals have also been disrupted because of fears over the virus.

Coachella, set to be headlined by Travis Scott, Rage Against the Machine and Frank Ocean, has been pushed back to October instead of taking place in April, as originally planned.

Texas-based South by Southwest – an important festival for new artists from around the world looking for success in the US – has also been cancelled.