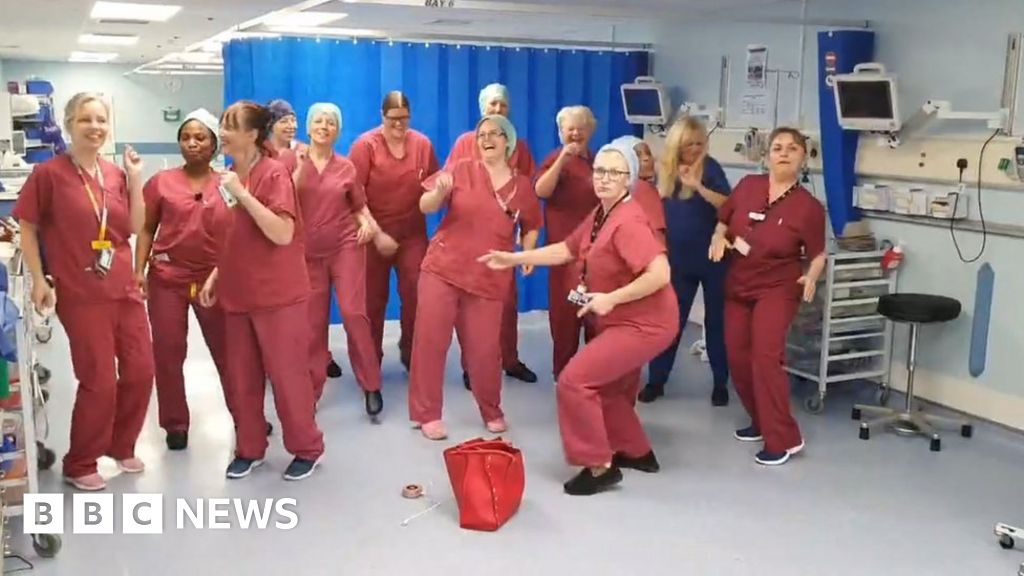 An NHS worker behind a video of hospital staff dancing to Olly Murs says it has been “crazy” since the singer shared it on social media.

Sandra Roberts and her colleague Lyn Roberts posted the frontline theatre team at Basildon Hospital boogying to Dance With Me Tonight.

She said the team made the video after TV presenters Ant and Dec appealed for viewers to film themselves dancing to the Essex singer’s chart-topping single.

The duo’s ITV show Saturday Night Takeaway will be filmed without a live studio audience due to the coronavirus outbreak.

Ms Roberts said: “This morning we said ‘let’s do it’ and it just went crazy from there.”

She said the reaction had been “really surprising”.

“I came home this morning after a night shift, went to bed and woke and there were messages galore,” she said.

That included a tweet from Murs, who has promised the staff free tickets to his next show.

A spokeswoman for Mid and South Essex University Hospital Group said: “We are extremely proud of all our staff.

“The fact that they can still smile and inject fun into the their working day is an example of the team spirit within our organisation.

“We would also like to say a huge thank you to all the local businesses who have donated food, sent chocolates and just been brilliantly supportive.”