Coronavirus: Apple and Google team up to contact trace Covid-19 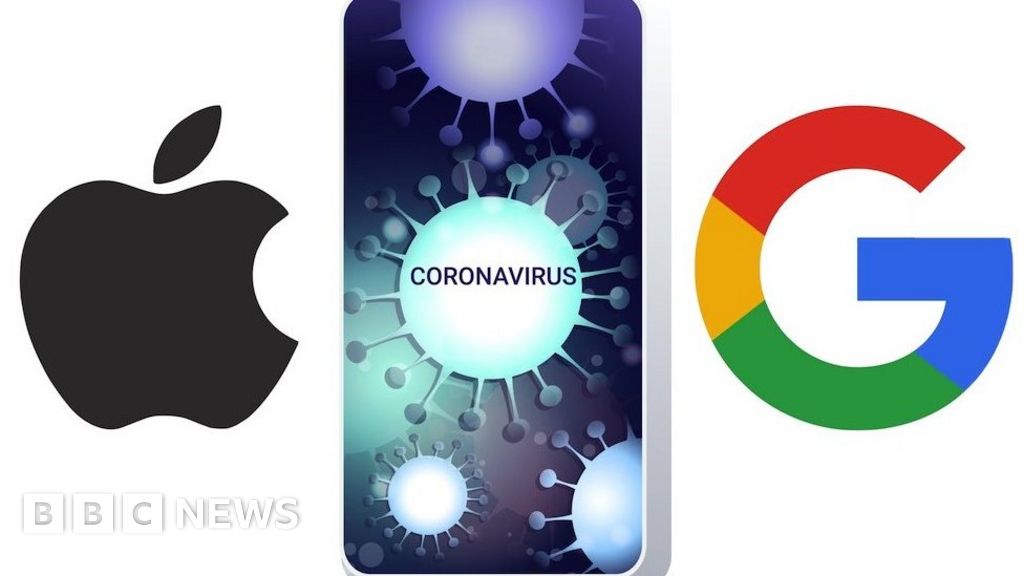 Apple and Google are jointly developing technology to alert people if they have recently come into contact with others found to be infected with coronavirus.

But ultimately, they aim to do away with the need to download dedicated apps, to encourage the practice.

The two companies believe their approach – designed to keep users, whose participation would be voluntary, anonymous – addresses privacy concerns.

Their contact-tracing method would work by using a smartphone’s Bluetooth signals to determine to whom the owner had recently been in proximity for long enough to have established contagion a risk.

If one of those people later tested positive for the Covid-19 virus, a warning would be sent to the original handset owner.

No GPS location data or personal information would be recorded.

“Privacy, transparency and consent are of utmost importance in this effort and we look forward to building this functionality in consultation with interested stakeholders,” Apple and Google said in a joint statement.

“We will openly publish information about our work for others to analyse.”

US President Donald Trump is expected to give the initiative his backing, at a White House press conference later.

Apple is the developer of iOS. Google is the company behind Android. The two operating systems power the vast majority of smartphones in use.

Other health authorities – including the UK, France and Germany – are working on initiatives of their own. And some municipal governments in the US are reportedly about to adopt a third-party app.

The two technology giants aim to bring coherence to all this by allowing existing third-party apps to be retrofitted to include their solution.

This would make the apps interoperable, so contact tracing would continue to work as people travelled overseas and came into contact with people using a different tool.

Apple and Google have been working on the effort for about two weeks but have not externally revealed their plans until Friday.

If successful, the scheme could help countries relax lockdowns and border restrictions.

The companies aim to release a software building-block – known as an API (application programming interface) – by mid-May.

This would allow others’ apps to run on the same basis.

Records of the digital IDs involved would be stored on remote computer servers but the companies say these could not be used to unmask a specific individual’s true identity.

Furthermore, the contact-matching process would take place on the phones rather than centrally.

This would make it possible for someone to be told they should go into quarantine, without anyone else being notified.

The two companies are releasing details of the cryptography specifications they plan to use to safeguard privacy.

They hope this will convince activists their approach can be trusted.

Apple and Google say another benefit of their solution is developers would not risk the iOS and Android versions of their apps becoming incompatible because of a buggy update.

In addition, they believe it would be less taxing on battery life than current contact-tracing systems.

Phase two of the initiative involves building contact-tracing capabilities into the iOS and Android operating systems. Users could then switch the capability on and off again without having to download an app at all.

Approved third-party apps would still be able to interact with the facility if desired.

The facility would be delivered via a future system software update. But the companies have yet to say when this would occur.

“This is a more robust solution,” they say, suggesting there would be wider adoption if users did not have to download additional software for themselves.

It also provides the companies with the ability to easily disable tracing on a regional basis when the pandemic ends.

While Apple and Google hope others will see benefits of adopting their approach, this is not guaranteed.

An independent effort – the Pan-European Privacy-Preserving Proximity Tracing (PEPP-PT) initiative – revealed its own attempt to deliver a privacy-centric solution on 1 April.

About 130 technologists and scientists are involved and the group has already made contact with several European governments.