Coronavirus: Actors to be paid for streamed National Theatre plays 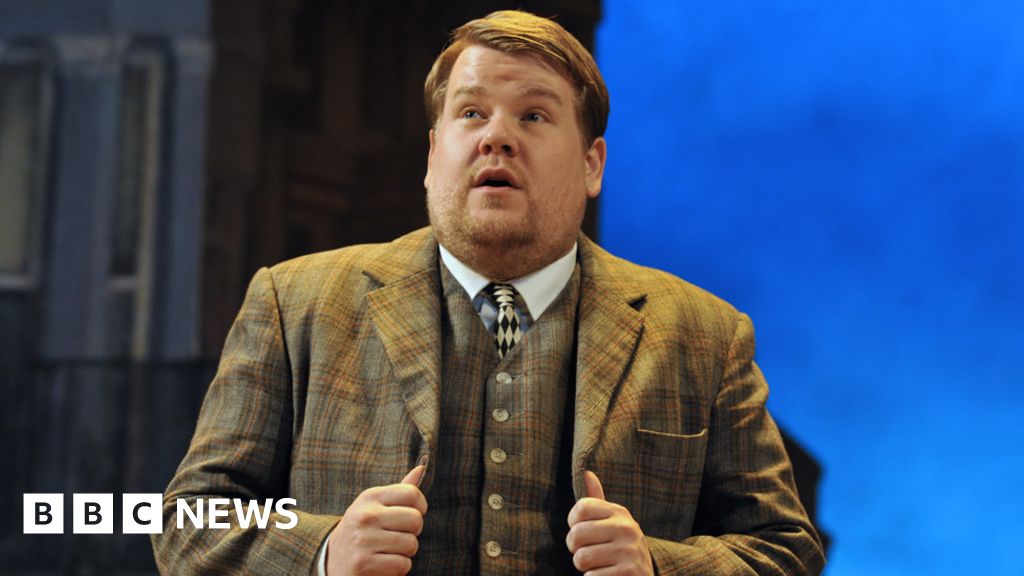 Artists involved in stage shows being streamed online during the coronavirus crisis will be offered payment, the National Theatre has announced.

James Corden, Benedict Cumberbatch and Tamsin Greig are among the actors whose work at the National has been made available to view free of charge.

The “nominal” payment will apply to all the productions the National has been streaming on YouTube since early April.

The venue said it was up to the artists whether they chose to accept it.

“Whilst the National Theatre continues to face a precarious financial future, we now feel able to make a payment to all artists involved,” said its executive director Lisa Burger.

“We recognise a great many are also experiencing a particularly challenging time at this moment.”

National Theatre at Home launched in April in response to theatres and cinemas being closed due to the coronavirus pandemic.

Viewers have been able to watch them without charge but are encouraged to make a donation to support the National’s work.

Burger said the theatre had been “surprised and delighted” by the “generous” donations it had received.

The theatre said it had reached an agreement with actors’ union Equity to pay “all artists and creatives” involved in the streamed productions.

Shows like Twelfth Night, Danny Boyle’s Frankenstein and One Man, Two Guvnors have been made available for seven days apiece. Shows starring Gillian Anderson and Tom Hiddleston will be streamed as part of the initiative over the next few weeks.

The scheme will expand in future weeks to include shows produced by some of the National’s partner theatres.

They include the Young Vic’s 2014 staging of Tennessee Williams’ A Streetcar Named Desire, starring Anderson and The Crown’s Vanessa Kirby.

In June, meanwhile, theatre fans will be able to watch Hiddleston play the title role in the Donmar Warehouse’s 2013 production of Coriolanus.

Other titles include Barber Shop Chronicles, a co-production with Leeds Playhouse, and political drama This House, by Quiz playwright James Graham.

“While theatres across the world remain closed, we’re pleased that we can continue to bring the best of British theatre directly into people’s homes,” said Burger.