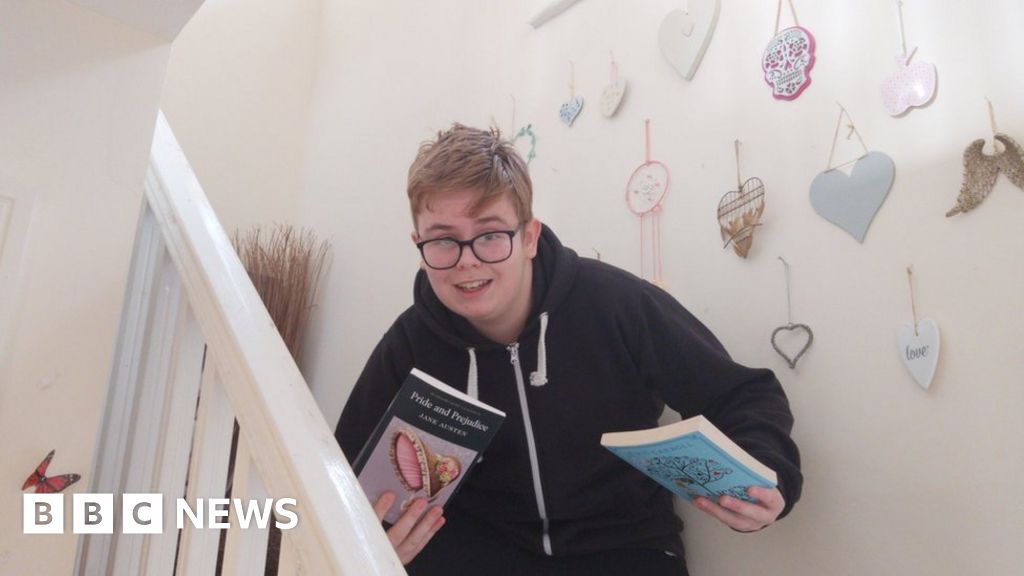 A schoolboy bullied for his love of books has received support from authors, bookshops and celebrities.

The 13-year-old had just started a new school in South Shields when fellow pupils began mocking him about it on a group chat that he was able to see.

When his older sister tweeted about it there was a surge of online support for him and he now has 85,000 followers.

His sister Ellis Landreth tweeted on Saturday that she “could not believe how awful” some people were. Her post went viral and has attracted overwhelmingly positive responses.

Waterstones in Gateshead replied: “We’re so sad to hear this! 🙁 Talking about books is a great way to make friends and discover books you might never have otherwise read! Please tell your brother to keep up with the reviews!” It also offered him a free book the next time he was in town.

Can’t believe how awful kids are. My little brothers made an Instagram reviewing and talking about books and kids in his new school have seen it and have created a group chat calling him a creep slagging him off about it and added him to it so he could see 🥺 pic.twitter.com/wuuj2XlO34

Authors, including his favourite writer Caroline Kepnes also sent him messages of encouragement and offered to send him copies of their books to review.

Callum’s mother, Carla Landreth said, her son was “devastated” reading the original messages on the group chat after school on Friday.

Typical messages had described him as “a sad weirdo” because of his passion for books, and although he could see the messages he was blocked from responding, which his mother said “made things much worse”.

She said the online response to the abuse had been “wonderful” though.

“It has made him feel so good, and sends out a really strong, anti-bullying message – a case of who’s getting the last laugh now.”

Her “book obsessed” son was “over the moon” to be contacted by authors in particular, she said.

A number of celebrities, including stars of Geordie Shore, have also messaged him privately.

She added: “We even got a ‘good luck’ message from a woman in Iraq.

“He’s even been invited to visit the Instagram head office.

“It’s just bonkers but in a really good way, that we’ve been able to turn a negative into a positive.”

Another author Matt Haig offered to send him signed copies of his books as it had “instantly struck a chord”.

He said he remembered “being 13 and hiding my love of books from some of the lads at school who mocked you for it”.

He added: “I think this is about the best and worst of the internet.

“Yes there are always going to be cyber-bullies but there are moments like this who swamp out that bullying with kindness.”