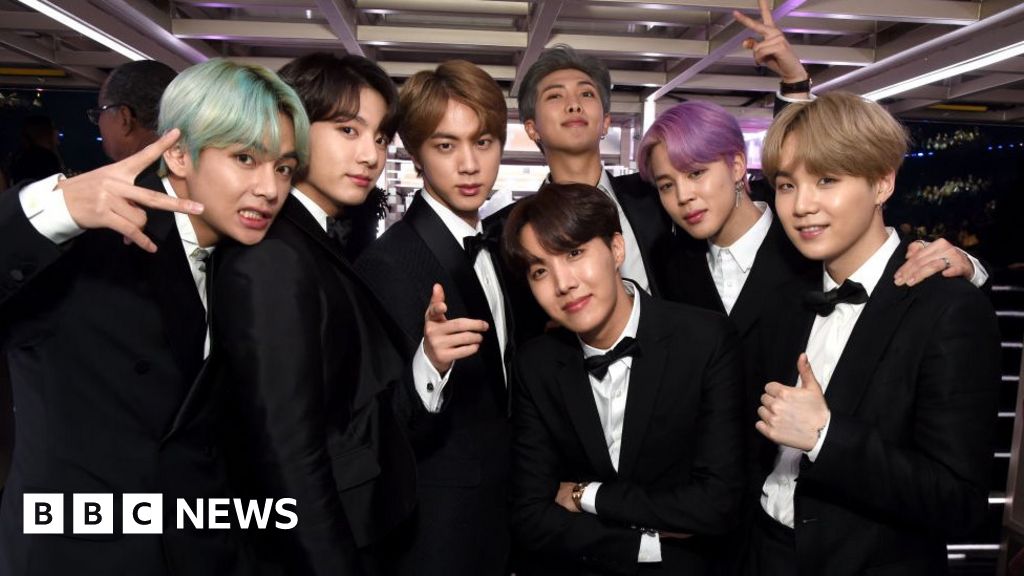 The group, who were formed in Seoul in 2010, will host 30 lessons on the social media app Weverse from 24 March.

The episodes are “designed to make it easy and fun for global fans who have difficulty enjoying BTS’ music and contents due to the language barrier,” said their record label in a statement.

Although they’ll be a handy way to pass time in isolation, the lessons were planned before the Covid-19 outbreak.

The idea came about after the band’s passionate fanbase called for English subtitles to be added to their videos.

“There are only limited ways our fans could learn Korean with ease,” noted Big Hit’s founder, Bang Si-Hyuk.

“Big Hit has created Korean learning media using artist content for a more rewarding and immersive experience for our fans.”

The series will reuse material from the band’s reality show, Run BTS!, as well as YouTube-only series like Bangtan Bombs and BTS Episodes.

Snippets from these shows will be “reassembled so that one can learn Korean by listening to expressions used frequently by the members”.

Each of the three-minute episodes will focus on simple Korean grammar and expressions, with the lesson plan developed by Professor Heo Yong of the Department of Korean Education at Hankuk University of Foreign Studies; and researchers at the Korean Language Content Institute.

Separately, BTS put out a video on Monday thanking medical staff around Korea for their response to the coronavirus pandemic, and urging fans to practise social distancing.

The group said the pandemic had made them realise how they’d taken everyday life for granted, and how performing to an arena of empty seats for a TV show brought home “how precious each moment with you was”.

“I think the hardest thing may be that we are feeling more and more isolated,” they said, “but guys, we are connected closely, and we share both pain and joy.

“These are times we need to trust more than doubt, care more than anger. As citizens of Korea and the world, BTS will face this challenge together with all of you.”

South Korea has experienced Asia’s biggest outbreak of coronavirus outside of China, recording its first case in January and reaching a peak when infections spread amongst a fringe Christian group in the south-eastern city of Daegu.

On Monday, the country reported its lowest number of new cases since that peak, but health officials have warned against complacency, saying another wave of infections could arise if people start to ignore safety advice.