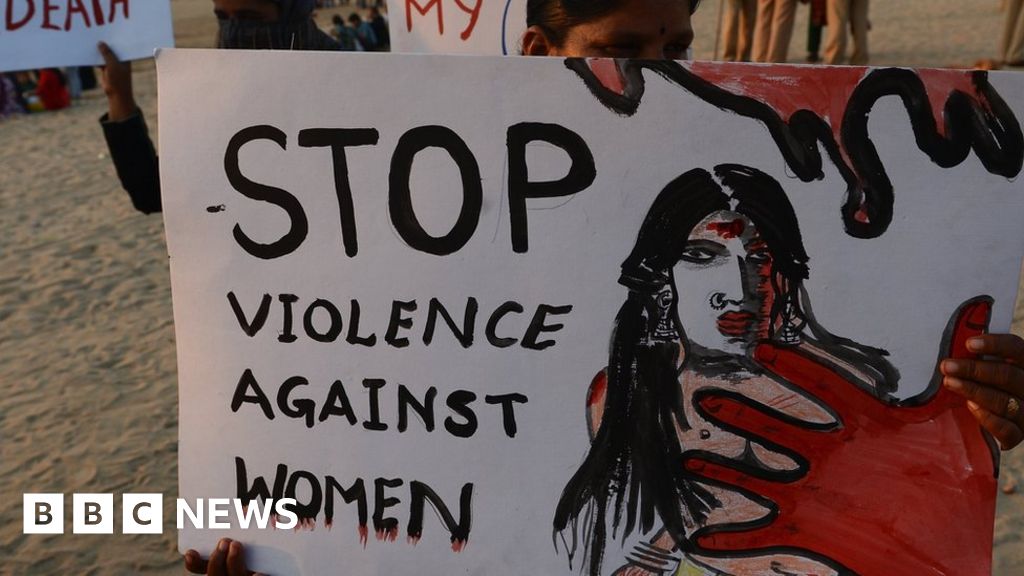 Indian police have taken a 15-year-old boy into custody for participating in an Instagram group chat that shared images of underage girls and made lewd comments about them.

The group, “Bois Locker Room”, is believed to comprise young schoolboys in the capital, Delhi.

Screenshots of chats on the group have been shared widely on social media.

The incident has caused outrage in Delhi, which is already regarded as one of the most unsafe cities for women.

The 2012 rape and murder of a medical student in the city led to a global outcry and the passage of more stringent laws against rape and sexual assault.

However, there has been little indication that the situation has improved since then.

How did the group become public?

Several Instagram users who had been made aware of its existence began posting about the group and calling out members for their behaviour.

It turned out that members were sharing images of their classmates and other underage girls without their knowledge or consent along with crude comments ranging from body shaming to jokes on sexual assault and rape.

The screenshots began to be widely shared on WhatsApp as well as Twitter and other social media platforms.

But Shubham Singh, a cyber expert who works closely with law enforcement and was one of the first people to begin investigating the group, has cautioned that many of these screenshots look edited.

He added that there appeared to be a mix of images from this group and some similar groups that exist on other social media platforms like Snapchat.

He said he started looking into the group after some Instagram users got in touch with him and sent him screenshots.

“I tried to investigate it properly but no-one was coming forward to file a complaint. So we tried to find out who was behind the group. They had deleted their Instagram accounts but through the screenshots and some tools, I was able to trace them,” he said.

Mr Singh then passed on the information to the police, which has now led to one teenager being taken into custody.

What else has happened?

The Delhi Women’s Commission (DCW) has asked for an investigation into the group.

It issued a directive to the Delhi police to file a case against the perpetrators and submit a report detailing exactly what action had been taken so far.

Police say they started their investigations after being made aware of the matter, but have told local media that a school had also filed a criminal complaint over the same case.

They are likely to bring more members of the group into custody soon, they added.

Meanwhile the DCW has also issued a notice to Instagram, asking for the details and IP addresses of all the members of the group, and asking the social media site to detail exactly what action it has taken to deal with the situation.

Instagram has not commented on the issue so far.

But Pawan Duggal, chairman of the International Commission of Cyber Security Law, says that the social media company is liable.

“Instagram cannot say they don’t know this was happening. They have to cull out such content voluntarily. The police can go after them if they fail,” he told the BBC, adding that this group was the result of India being “too soft” towards intermediaries like social media networks.

What causes such behaviour?

Mr Duggal, says his organisation has noticed a “massive increase” in the number of children visiting pornography and other “dark web” sites during the lockdown imposed to curb the spread of coronavirus.

“In the last 40 days of the lockdown, there have been massive sociological and psychological changes in society with children being indoors and not sharing their online activities with parents,” he said.

Many of them, he added, were creating sexual fantasy groups similar to this one.

However, senior psychologist Dr Roma Kumar, said such groups existed even before the lockdown, but said the unusual situation could make them more prevalent.

Mr Duggal said authorities had to send a strong message, and that the law had to “come up with a very strong hand” against the members of the group to discourage such behaviour from recurring.

There has been a lot of outrage and abuse directed at the members of the group already, with many people publicly calling for them to be arrested.

The names and Instagram handles of the members have also been made public on social media platforms.

However, Dr Kumar told the BBC that going after the members of the group in public on the internet was counterproductive and would not solve the issue in the long term.

“The aim is not to damage them. The aim is to get them out of this kind of behaviour,” she said, adding that these chats were typical of the kind of high-risk behaviour that children of this age indulged in.

“The problem also is that with the internet, children are much more exposed to this kind of content, and they think that this is desirable behaviour. The only thing that can help is prolonged counselling so that they can see what they did was wrong,” she said.

“Going after them will only make them more angry and defensive, and will not solve the issue. We want these boys to reform and become better members of society.”