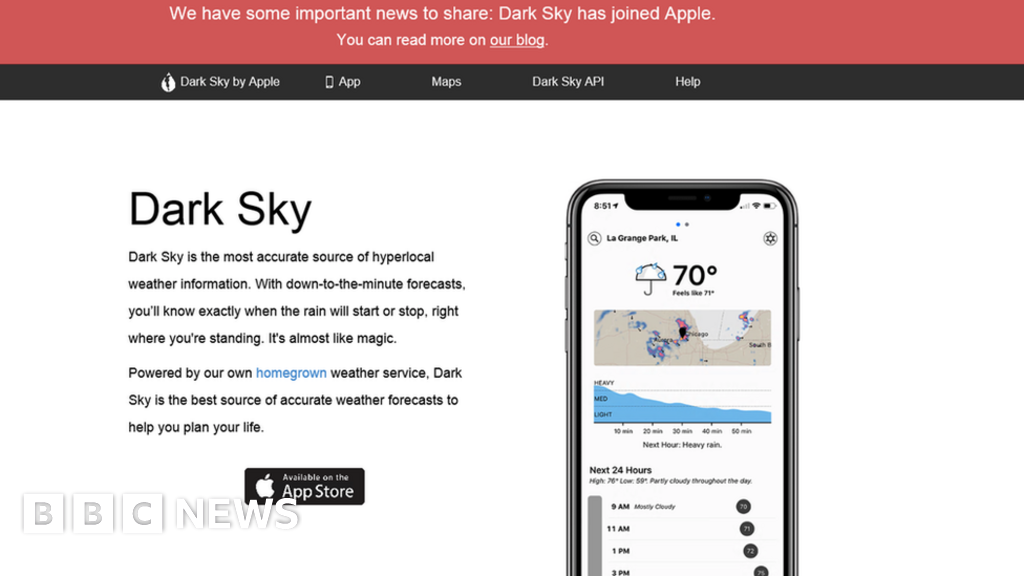 Apple has purchased the weather predicting app Dark Sky and plans to shut down the Android and Wear OS versions.

Dark Sky is known for its hyper-local weather predictions and ability to forecast minute by minute.

Owners of Android phones or wearable devices not made by Apple will have access to the services until 1 July.

On social media, many users complained about Apple’s decision to remove Dark Sky from Android.

Apple has made apps available for users of other operating systems in the past. When Apple purchased the music identifying app Shazam it kept the Android version. It also released a version of its internet messaging app iMessanger for Android users last year.

Android users who still have an active subscription of Dark Sky when it stops operating in July will receive a refund.

Dark Sky’s API – the software that transmits information between the app and its users – will be available to customers until 2021. But the company said it will no longer sign up new subscribers.

Dark Sky’s API is used by other weather apps including Weather Line and Hello Weather.