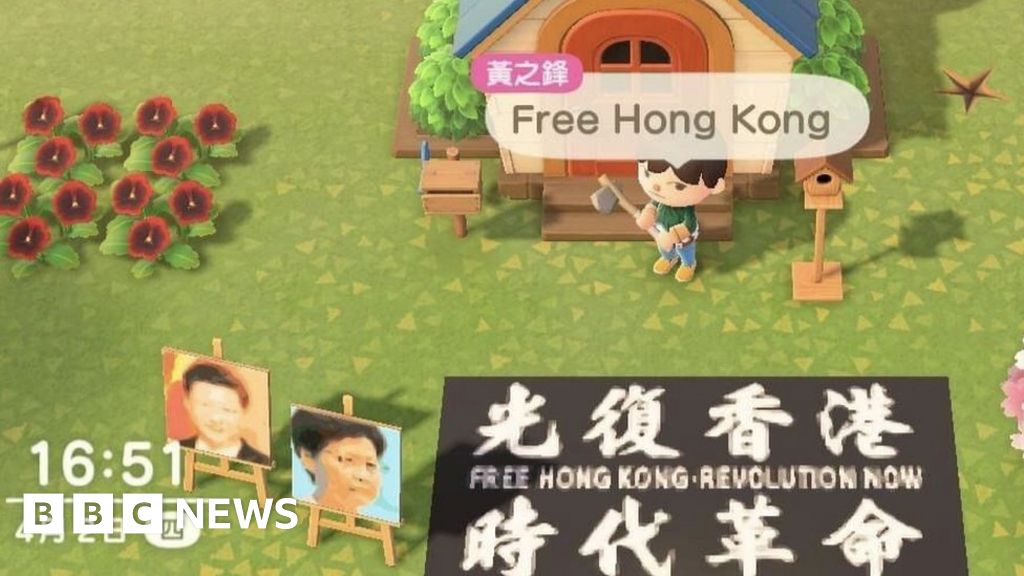 The Nintendo Switch’s current best-selling game has been removed from Chinese online stores after activists used it to criticise the state.

Animal Crossing: New Horizons lets players customise their own island and invite others to visit.

Some players in Hong Kong have used the platform to stage protests.

Players in mainland China had previously been able to buy foreign editions of the title from online marketplaces.

The country’s censors strictly regulate video games and had yet to approve the title’s formal release in the country.

Now, even local sites which had advertised imported copies have removed the listings.

It is not clear, however, whether this is because there has been an intervention by the authorities or whether the stores are proactively removing the product.

Before the virus struck, millions of Hong Kong’s residents had participated in anti-government street protests.

“After the outbreak of coronavirus, it was difficult to organise physical gatherings,” Mr Wong continued.

“With a new game out, we can have virtual protests and we just have to use our creativity to make a new kind of protest tool.”

Players in mainland China have also customised the game with coronavirus-related content, including face masks for the characters, and islands with temperature checkpoints, news site Abacus reported.

This is not the first time Hong Kong protesters have made use of video games.

In December, they began dressing up characters in Grand Theft Auto Online in related clothing. Prior to that, they shared maps advertising Pokemon Go events to signal where rallies would be held.

Trade in Animal Crossing on the mainland still continues to a lesser extent, involving private sales arranged via direct messages among other methods, according to Daniel Ahmad, from the consultants firm Niko Partners.

In February, another video game – Plague Inc, in which players spread a deadly virus around the world – was removed from Apple’s Chinese App Store after the local regulator judged the content to be illegal during the coronavirus outbreak.